Joel Palacios says he used to have it all — a well-paying government job that let him travel across Colombia, the respect of everyone he encountered. «Everywhere I was ‘el doctor Joel,’ » he says — doctor being an honorific commonly used to denote respect in Latin America.

But then, he shocked friends and family by quitting his plum job at the Ministry of the Interior working on behalf of Afro-Colombians. «I stopped being ‘doctor Joel,’ » he says. Instead, he sold his belongings and, in 2010, moved to the rural Chocó department of Colombia.

In many ways, though, his mission remains the same: improving the lot of Afro-Colombians in Chocó, a vastly ignored and underdeveloped region along the Pacific Coast with a majority-black population. About 60 percent of the people here live below the poverty line, and many farmers make ends meet by cultivating coca plants, the leaves of which are used to make cocaine.

Palacios grew up in this region, the son of a poor rural farmer, and he says he wants the people here to see their economic future in a different cash crop: cacao, which he turns into artisanal chocolate bars and sells at a premium in the Colombian capital, Bogotá. 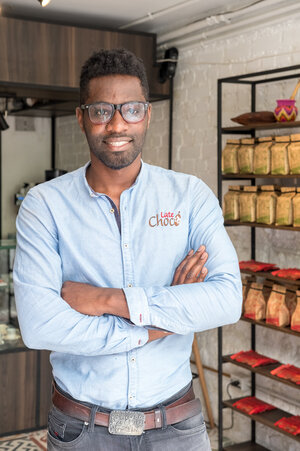 Joel Palacios is the owner of Late Chocó, a chocolate company in Bogotá that sources its cacao from the region he grew up in Colombia’s western Chocó department on the Pacific Coast. His aim is to help farmers permanently leave coca for cacao production.

«When our project started, it was going to be called ‘Más Cacao, Menos Coca,’ » Palacios says — more cacao, less coca. He says all told, it has taken seven years to get to the point where enough Chocó farmers are growing cacao to supply his chocolate company, which is now a year old.

He says he always knew he would return to Quibdó, «to do something for my river,» Palacios says. He says in the early 2000s, people were displaced by the war. Some left for Colombia’s big cities. But now people have returned, and his company depends on them.

«It was always in me to return there after I finished my career and work with them,» he says. «Each time I traveled to Chocó, I would see people in the airport had a little bag of Dunkin’ Donuts that they’d take to give away, but when they’d return, no one brought anything with them» from Chocó, Palacios recalls.

But Palacios is swimming against the tide: Colombia’s coca production has reached record numbers, according to a September report from the United Nations Office on Drugs and Crime.

That’s despite ongoing fumigation efforts and a program Colombia’s government set up to pay farmers to voluntarily give up growing coca. The program was part of the terms of the 2016 peace treaty ending a half-century of war between Colombia’s government and the Revolutionary Armed Forces of Colombia, or FARC — which controlled much of the country’s cocaine business. More than 83,000 families have enrolled in the program, but the government now says funding is tight.

The peace treaty was signed by former Colombian President Juan Manuel Santos. His successor, President Iván Duque, has shown far less enthusiasm for the terms of the peace accord. At a recent press conference, Emilio Archila, a post-conflict adviser to Duque, warned, «The country should be clear about the difficulties caused by the excessively generous promises and lack of planning and financing of these commitments.» 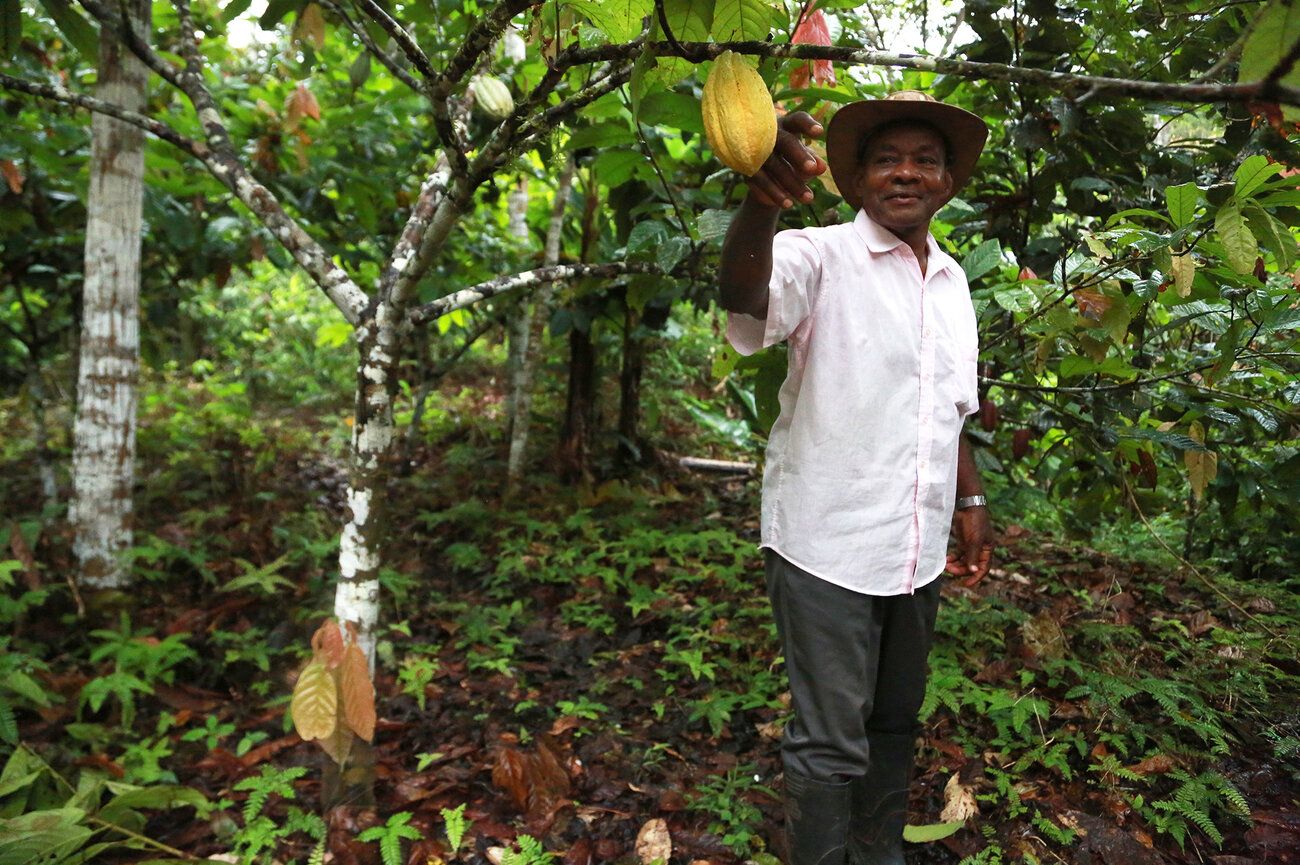 José Palacios stands by a cacao tree on his property in Guarandó, a small river community in the western Chocó department of Colombia.

That’s left farmers like Francisco Ramírez feeling forgotten by the Colombian government. Until recently, Ramírez lived off of his 7 acres of coca.

«You could put your children through school» by growing coca, says Ramírez, who is black and lives in Chocó. «Education here is expensive — the matriculation fee, the uniform cost, the notebook and pen. At school the teacher said to bring such and such thing, so we had to sacrifice to provide it.»

Ramírez walked away from coca after the peace treaty — not because of government payments but out of fear. The FARC guerrilla group disarmed and left this region after the peace accord was reached. But Ramírez feared that coca crops would attract other armed groups involved in narcotrafficking that are still active in Chocó — and violence tends to follow them. He also worried the government would wipe out his coca crops through fumigation.

«We don’t want to grow more coca,» Ramírez says. «They should give us a project to replace coca and survive on. Especially for those of us who’ve been displaced» by war.

Palacios wants Chocó farmers like Ramírez to know that he has not abandoned them. And he has spent the past seven years setting the stage to help farmers transition to cacao — a process made more difficult by the remoteness of Chocó, a region so poor that communal toilets are the norm and cellphone reception is often nonexistent.

Growing up in Chocó, Palacios says, he would often climb trees to harvest cacao pods. So when Palacios first moved back in 2010, he had visions of sourcing all of his chocolate from the region. But he soon saw this would be «nearly impossible,» he says — «because there wasn’t enough cacao.»

«The plantations were in total abandon,» he recalls. «We didn’t have technical knowledge — how to manage the harvest, how to make it more productive or how to control diseases. We’d only collected what nature, in its generosity, would leave for us.»

So Palacios turned to the National Cacao Producers Federation to learn chocolate cultivation skills and traveled to western Colombia to learn from cacao growers there. And then, he set about sharing his newfound knowledge. In 2011, with the help of loans and his own savings, he purchased an abandoned plot of land just outside Quibdó, Chocó’s capital, and set up a chocolate training center.

Ex-FARC commander calls for Colombia rebels to take up arms

Brazil’s Banco do Brasil approves plan to cut down on costs, personnel

Volatility Is Back in Argentina as Election Jitters Take Toll