Officials told 15 members of the more than 150 displaced Embera families that they would not be returned to their lands, because they are not formally registered as displaced persons.

Sources confirm that the Embera are “working with the public entities to find a solution” to the 15 members unable to travel with them on Thursday.

According to the responsible government entity, Victims United, 87 households departed from Bogota on Thursday along with 17 households from Pereira, 8 from Quibdo, and 18 from Ibague.

Victims United says that the families will meet on Friday in the village of Aguita, in Pueblo Rico (Risaralda).

From where they will begin a mule ride to the four settlements they left.

The government reports that between December 25th and 26th, 70 more families will leave Bogota.

In total, 823 members of the Embera people are being returned to their homes in the Chocoprovince.

Bogota Mayor Enrique Peñalosa faced public uproar over the Embera’s inhumane treatment and living conditions in the capital after they because public.

In statements made Tuesday, the Bogota government vowed to guarantee the displaced Embera communities’ safe return to the Western province of Choco.

Earlier this week, over 500 people were moved away from other security threats in Tercer Milenio Park, to La Florida Park.

DW journalist Alexandra Correa noted that this was of little improvement, as no mattresses were provided and only one water source was available. 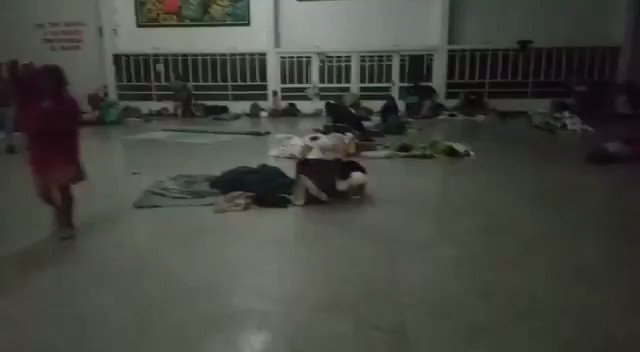 The government insists that these actions are in agreement with community leaders, the Victims Unit and the Mayor’s office.

Director of the Victims Unit, Ramon Rodriguez said the process was voluntary, with dignity and security in mind. “It took six months of work to get to this place”, stated Rodriguez.

Speaking on the conditions, Luis Alfonso Biricha told Noticias Caracol that they were sleeping “like pigs”.

Not even in our land do we sleep like this, piled up like pigs, all in one place.

Though the Embera are returning to an area with few social services, extreme poverty, and subject to extreme weather conditions.

The Catholic church and NGO’s  have become primary sources for medical care in the region.

The diocese in Quibdo, with the help of Manos Unidos from Spain, opened a medical institute last year. Indigenous communities are able receive medical care at the institute,  as well as receive training, in their own language.

In addition to central services, the institute maintains mobile teams to provide medical care for communities deeper in the jungle.

Violence between guerrillas and the paramilitary groups in 2000, forced the Embera people to move to Quibdo. Then in 2014, the army built a base 300 meters from where the Embera were living.

Now in the absence of the FARC, the ELN and the AGC compete for control in the area.

“Many have pointed out that we are guerrillas but we are indigenous, we are not armed conflict. We are only weak people,” the Embera community’s governor Maribel Velasques told press.

Ecuador to Host Art Summit for Peace and Life

Grief in Argentina over Death of Cuban Intellectual Fernandez Retamar

Brazil Gets Its First ‘Healthy’ Supermarket